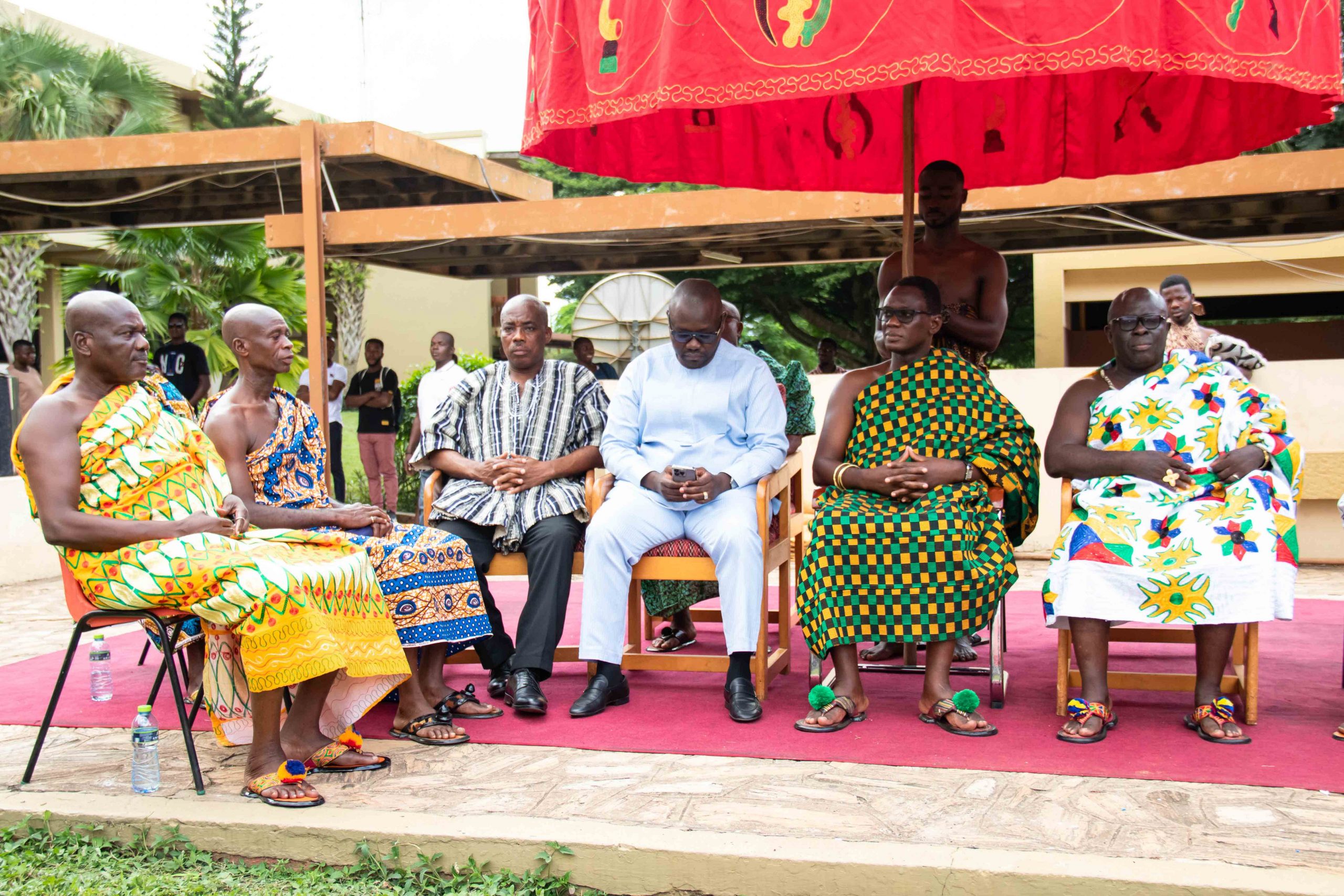 Ghana’s rich culture was on display stupendously at the Akenten Appiah-Menka University of Skills Training and Entrepreneurial Development (AAMUSTED) on September 2, 2022. The occasion was the grand durbar organised by the Asante Students Union (ASU) of AAMUSTED to bring the Asante cultural values and customs into sharp focus and flaunt the flourishing multiculturalism in the University.

Members of ASU representing the Oyoko, Bretuo, Agona, Asona, Asenie, Aduana, Ekuona, and Asakyiri Clans of the Asante Kingdom took turns at the durbar to tell their histories and dramatise the customs of the Asantes. For instance, they showed the crowd the proper way to perform an Asante funeral, puberty rites, installation of chiefs, the Asante in war times, etc.

A high point of the durbar was when one after the other, AAMUSTED students from tribes including Kasena-Nankana, Sisala, and Kusasi, adequately adorned in their traditional regalia, seized the opportunity to display their traditional dances, heightening an already electrifying atmosphere at the durbar grounds.

It was a scene of cacophonous traditional drumming and dancing amid which it did not matter to which tribe any patron of the durbar belonged. Everybody joined in the dances heartily, not paying particular attention to rhythm. Even the ones not dancing were caught in the moment, smiling and applauding the exemplariness of the performances.

The Asantehene’s Apagyahene and National Patron of ASU, Oheneba Owusu Afriyie IV, his elders, the Minister of Works and Housing, Honourable Francis Asenso-Boakye; Ghana’s Deputy Ambassador to France and Representative to the UNESCO, Her Excellency, Dr. Afua Sarkodie, and the Vice-Chancellor of AAMUSTED, Prof. Frederick Kwaku Sarfo, and some of his Management Members graced the durbar. Representatives of ASU from other universities, including the Asantefuohene from the Asante Mampong Campus of AAMUSTED, and KNUST, and hundreds of AAMUSTED students, were also in attendance.

The AAMUSTED Chapter of ASU organised the durbar to climax their weeklong celebration at the University with the theme – “Expanding the Cultural Boundaries of Asantes through Contemporary Education: The Role of Asante Students.” Ahead of the durbar, the Union organised Miss ASU Beauty Pageant, Asante Proverbs, and Cooking Competitions among the eight Asante Clans in the University. They also visited the Manhyia and the Atwima Palaces, Kumasi Military Museum, and the Kumasi Cultural Center for tourism and educational purposes.

Speakers at the durbar highly extolled the University for creating the enabling grounds for the flourishing of cultural diversity and tolerance in the University.

The Asantehene’s Apagyahene, the Chairman for the occasion, commended the Management of AAMUSTED for the aura of peace and unity that encapsulates the University. He said such a condition was crucial to expeditious development. Therefore, he encouraged them to work at maintaining it.

Honourable Asenso-Boakye, also the Member of Parliament for the Bantama Constituency, expressed joy upon seeing the cultural displays from various ethnic backgrounds. He said tolerance among diverse cultures was a vision of His Royal Majesty, the Asantehene, Otumfuo Osei Tutu II, a reason he worked tirelessly with others to bring peace to Dagbon. Therefore, it was important for Asantes everywhere in the country to emulate their King for the good of Ghana.

He minced no words to condemn the recent student violence in KNUST and the University of Ghana (UG), Legon, and asked students of AAMUSTED to eschew such bahviours. ‘Rather, I would encourage you to focus more on your books and other social activities that could add value to your life and open opportunities for you as you go through your university education,” he advised them.

Turning attention to the development of Asanteman, the Minister of Works and Housing conceded to the developmental deficit in the Ashanti Region. In that regard, he suggested that citizens explore other opportunities to bring development to the region and not rely solely on the government. For instance, he advocated for each Asante in Ghana to contribute GHC1.00 at the end of each month towards the region’s development. “Those abroad could also contribute one (1) of the currency in the countries of their domicile, (for instance one Dollar, one Euro, or one Pound) to help Asanteman’s development,’ he added.

The Dean of Student Affairs at AAMUSTED, Dr. Philip Oti-Agyen, welcomed the guests to AAMUSTED on behalf of the Management of the University and Her Excellency, Dr. Afua Sarkodie gave the Guest Speaker’s address on the theme for the durbar.

The Asantefuohene of AAMUSTED, Barima Fosu Gyeabour, announced that ASU had begun initial processes to build a hostel on campus to augment the efforts of Management to address the student accommodation challenges in the University.