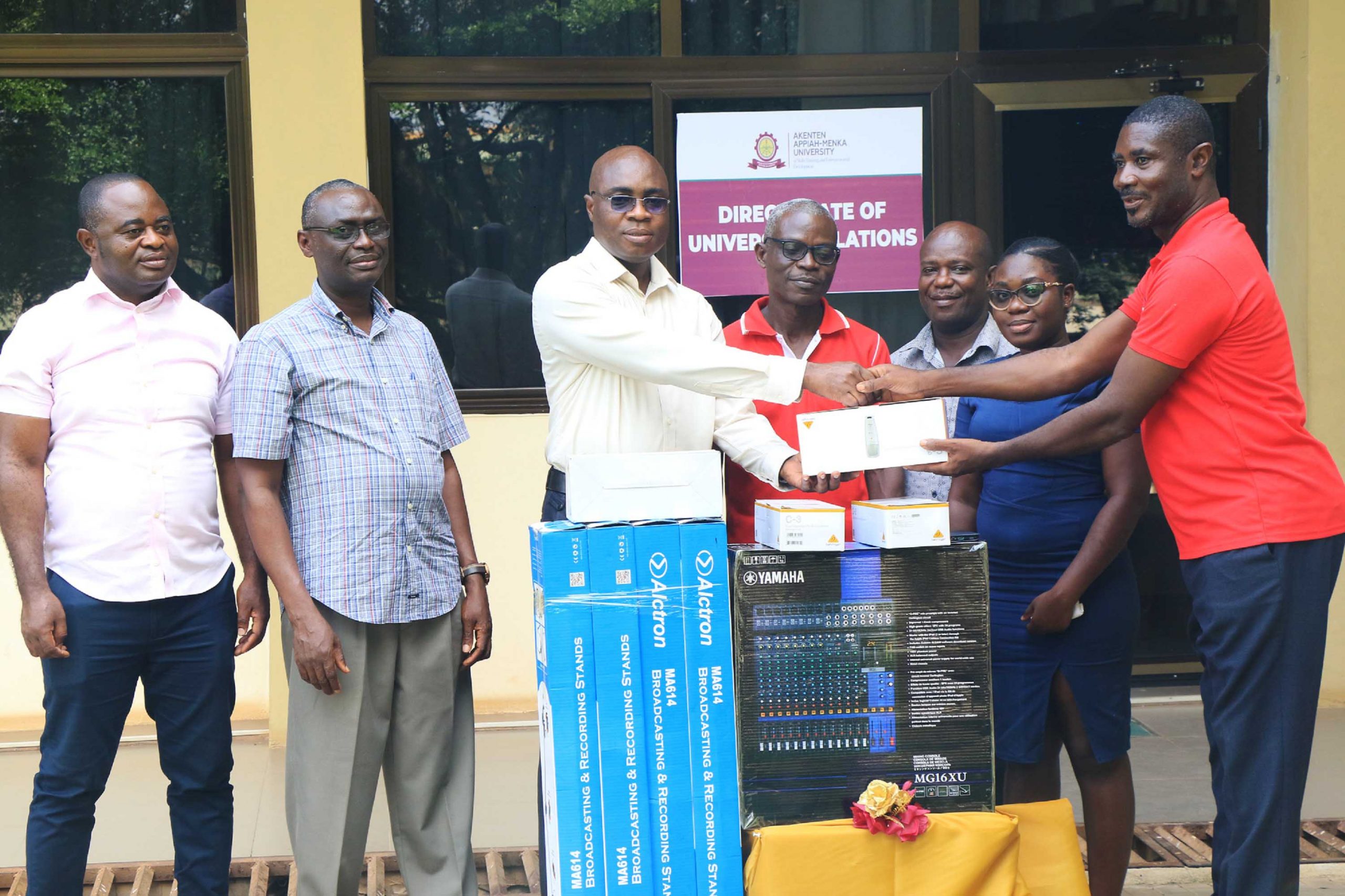 The UEWCCU gave the equipment, including some microphones and their stands and a YAMAHA Mixer, to partly fulfill its cooperate social responsibility to AAMUSTED, on whose land the Kumasi branch of the UEWCCU has its offices situated.

Presenting the items, the Kumasi Representative on the UEWCCU Board of Directors, Mr. Michael K. Twum-Ampomah, praised AAMUSTED for being a good host. The donation, he said, was a demonstration of the UEWCCU’s immense appreciation to AAMUSTED for the various ways that the University supports the Credit Union.

According to him, the UEWCCU was in the habit of occasionally finding avenues to support the University. He recalled that the UEWCCU donated furniture to the AAMUSTED Clinic a couple of years ago.

“We targeted the FM Station because we acknowledge the hard work they do in disseminating information to the University and the adjoining communities,” he said, adding that the UEWCCU has often resorted to MYND FM to broadcast its news.

He reiterated the Credit Union’s appeal to the Management of AAMUSTED to allocate a parcel of land to it in an area on campus closer to the Kumasi-Sunyani Highway to construct permanent structures for its offices and a banking hall.

The Registrar of AAMUSTED, Mr. Augustus K. Brew, who supported the Acting Pro Vice-Chancellor, Prof. Stephen Jobson Mitchual, to take delivery of the equipment, thanked the Credit Union for the gesture.

He described the donation as timely and appropriate and assured the benefactor that the University would ensure the proper maintenance of the items to achieve maximum returns from their use. He also encouraged the UEWCCU to do more to support the University, especially with its status as a newly established University with wide-ranging needs.

Mr. Brew assured the Credit Union that Management would consider the request for a parcel of land on campus.

Also present were the Director of Finance, Mr. Danquah Jeff Boakye; Coordinator at the MYND FM, Mr. Wat Tweneboah; and the Kumasi Manager of the Credit Union, Mr. Jacob Daye.