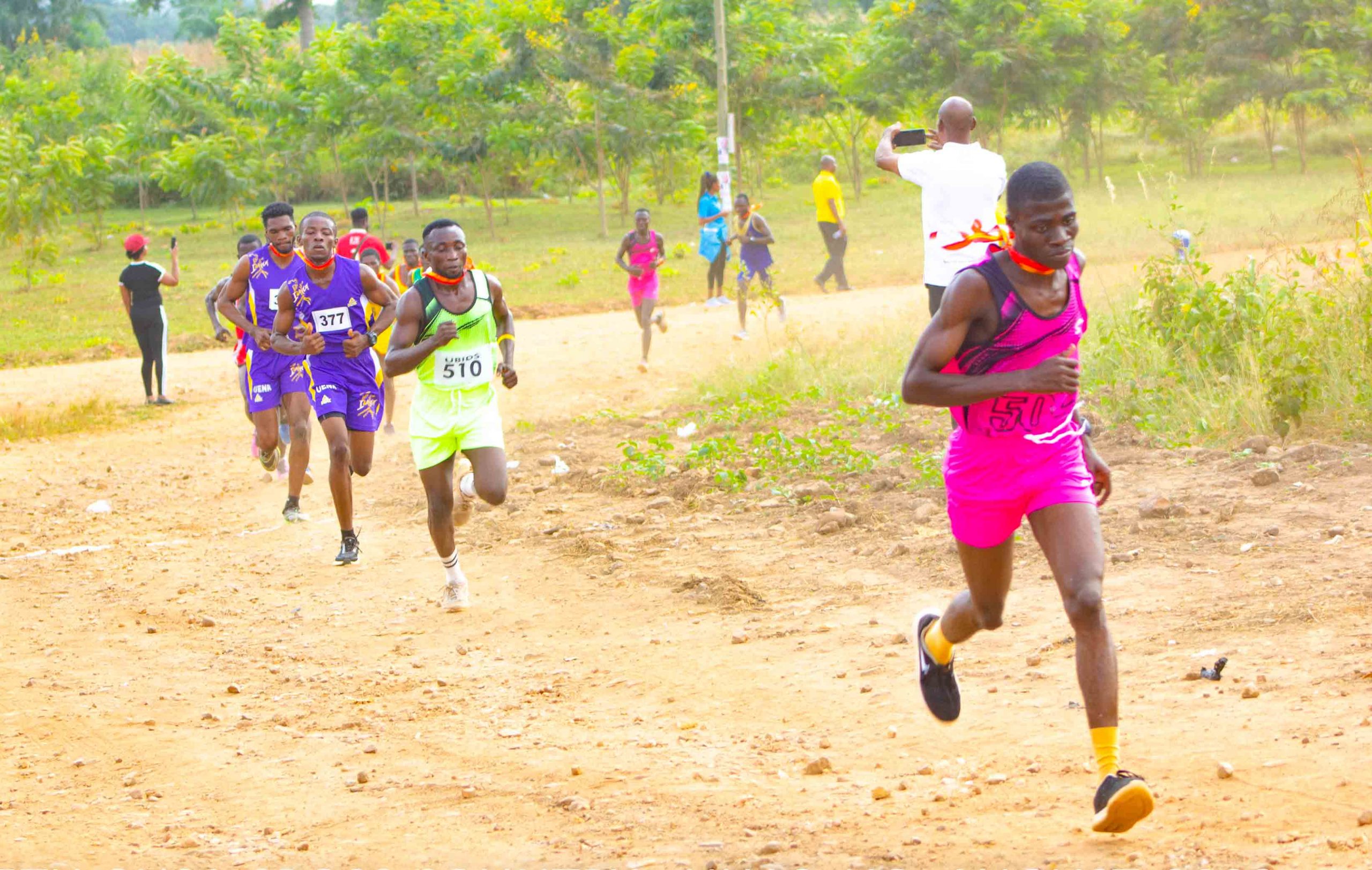 Mr. Joseph Gyamfi, an athlete of the Akenten Appiah-Menka University of Skills Training and Entrepreneurial Development (AAMUSTED) at the 25th Ghana Universities Sports Association (GUSA) Cross Country Competition in Ho, Volta Region, on August 13, 2022, was a center of attraction at the competition.

He went to the competition with excruciating shin splint, a condition he developed during training for the Meet. Against advice from his coaches and teammates, Joseph took the competition by storm, displaying sheer willpower and a rare spiritedness to complete the 10-kilometer race.

The male race was a fierce contest. The athletes moved at a blistering pace, even on challenging terrain (a naturally loose surface unbearably winding with drops, slides and riddled with sharp rocks). There he was, Joseph of AAMUSTED, limping but with wider strides and occasionally hopping on one leg because he could barely withstand the pain in the right leg.

Nonetheless, there was no moment he appeared to be faint-hearted as other athletes overtook and out-paced him. He ignored them, clenching his teeth in pain, and trudged on, only focusing on completing the race. Eventually, he achieved the target, finishing in the 56th position, surprisingly, ahead of nearly half of the athletes in the race. His unusual character drew attention, applause, and praise from many onlookers and his teammates.

Shin Splints, known in medical terms as medial tibial stress syndrome, are the pain along the shin bone that arises when muscles, tendons, and bone tissue become overworked. It is common among athletes who suddenly intensify or change their training routines.

Joseph expressed happiness that he could complete the race in his unfit state. He said he could not let down AAMUSTED after the University had provided enough assistance in preparation for the competition. He was hopeful that he would be fully recovered and in shape for the main GUSA games scheduled for the Kwame Nkrumah University of Science and Technology (KNUST) in November 2022.

The Coach of AAMUSTED, Mr. Julius Baba Apidodo, was very proud of Joseph’s feat. He said, ‘it is only tough guys that can do what Joseph has just done.’ He, however, explained that the athlete would require rest and keeping the feet on ice to heal from the condition. “If it persists unreasonably beyond the set time of rest and feet-icing, then he would have to seek medical attention to prevent complications,” he said.