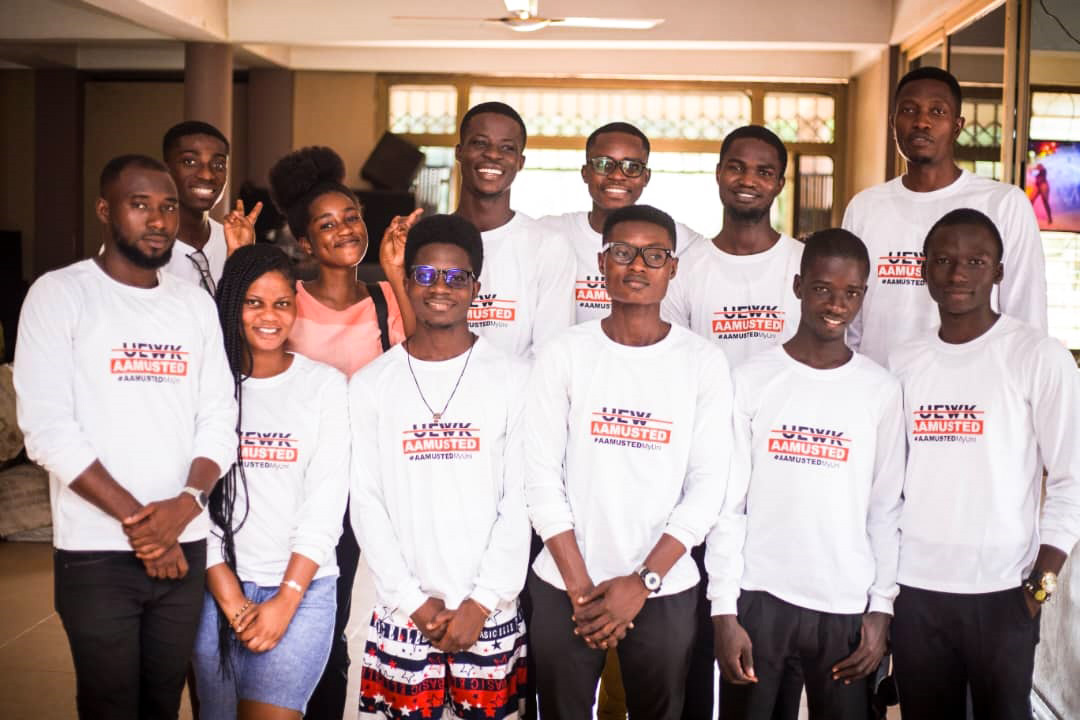 The President of the Debate Society, Mr. Gideon Ganah, expressed gratitude to the AAMUSTED Management for the financial, material, and moral support to the Society to participate in the Championship. He attributed the improved performance of the Team to the strong support they enjoyed from the Management.

He, therefore, assured the Management that the Team would continue to work harder and achieve higher laurels for the University. “We shall not relent in our pursuit for the ultimate cup in subsequent tournaments,” he stressed. Mr. Ganah also hinted at the possibility of AAMUSTED gaining the right to host the tournament in the near future.

The President singled out the Society Patron, Dr. Charles B. Campion, and appreciated him for selflessly facilitating much of the processes leading to the tournament. He said members of the Society were amazed that Dr. Campion could also make time out of his busy schedules to visit them at the Tournament Camp.