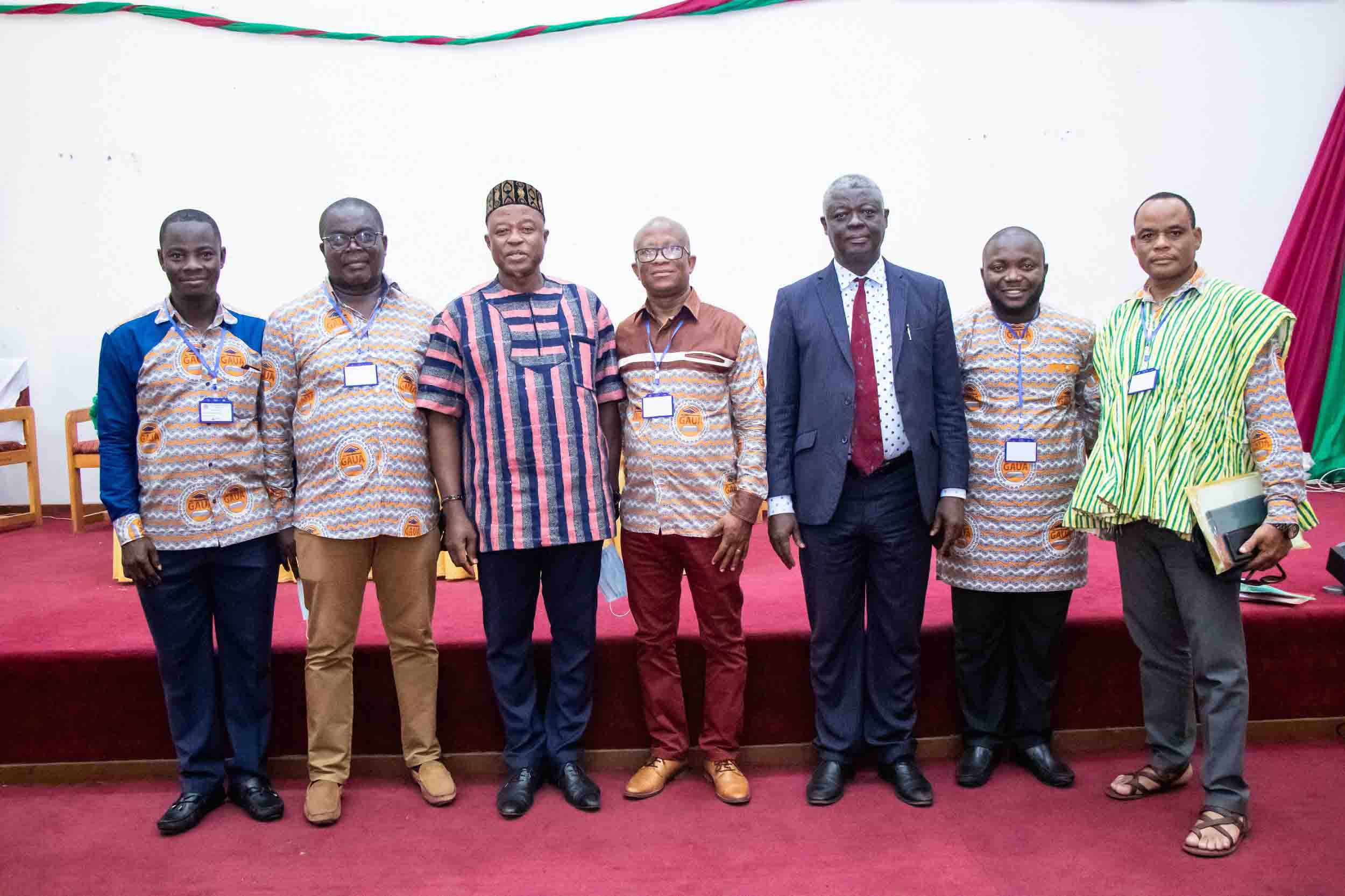 The Akenten Appiah-Menka University of Skills Training and Entrepreneurial Development (AAMUSTED) has successfully hosted the Expanded National Executive Committee (ENEC) of the Ghana Association of University Administrators (GAUA) for a two-day meeting and workshop.

About 70 executive members of the Association from the public universities in Ghana attended the February 17 and 18, 2022 programme, which focused mainly on how the Association negotiates its conditions of service for its members.

He alluded to the growing dynamism in the union space and advised the union leaders to strengthen internal democracy, transparency, and accountability to survive. He also asked them to keep constant touch with constituents to address their concerns.

“Irresponsible leadership and unscrupulous persons within the movement itself, individuals seeking parochial interests of a political, social, or financial nature, lack of adequate rules for internal democracy and transparency, etc., would, however, render your group weak and ineffective,” he cautioned.

For his part, Dr. Abnory advised young administrators to re-examine their skills and seek further training because offering higher education the world over is shifting from the traditional in-person to the online mode. That, he said, could lead to redundancies of persons who are not ready for the imminent future trends.

He described administrators as the think-tanks of the University whose memos, position papers, articles, etc., work the magic for bringing transformation and developments to the universities. Dr. Abnory, therefore, encouraged GAUA members to believe in themselves and place a premium on the hard work they always do to propel the universities forward. “The positive changes we see in our universities are hardly the outcomes of theses and published articles but our memos and position papers,” he observed.

He acknowledged that public universities were currently facing several challenges. In that regard, he advised administrators to commit themselves to up their performance to keep their institutions afloat. He noted that administrators need to strengthen their human, technical, and conceptual skills. That, he said, would make them respectful and temperate in all their dealings, stay top of trending skills, and be proactive.

His presentation covered areas including Our Changing World, Key Issues Confronting the Country, Seven Key Issues of the 21st Century University; Role(s) of an Administrator; Management of Emerging Issues; and Way Forward.

The National President of GAUA, Mr. Kwabena Antwi-Konadu, emphasized the need for the Association to involve labour experts when negotiating on behalf of members. He was grateful for the active participation of members at the two-day programme and highly commended AAMUSTED for excellently hosting the programme despite being a new University.