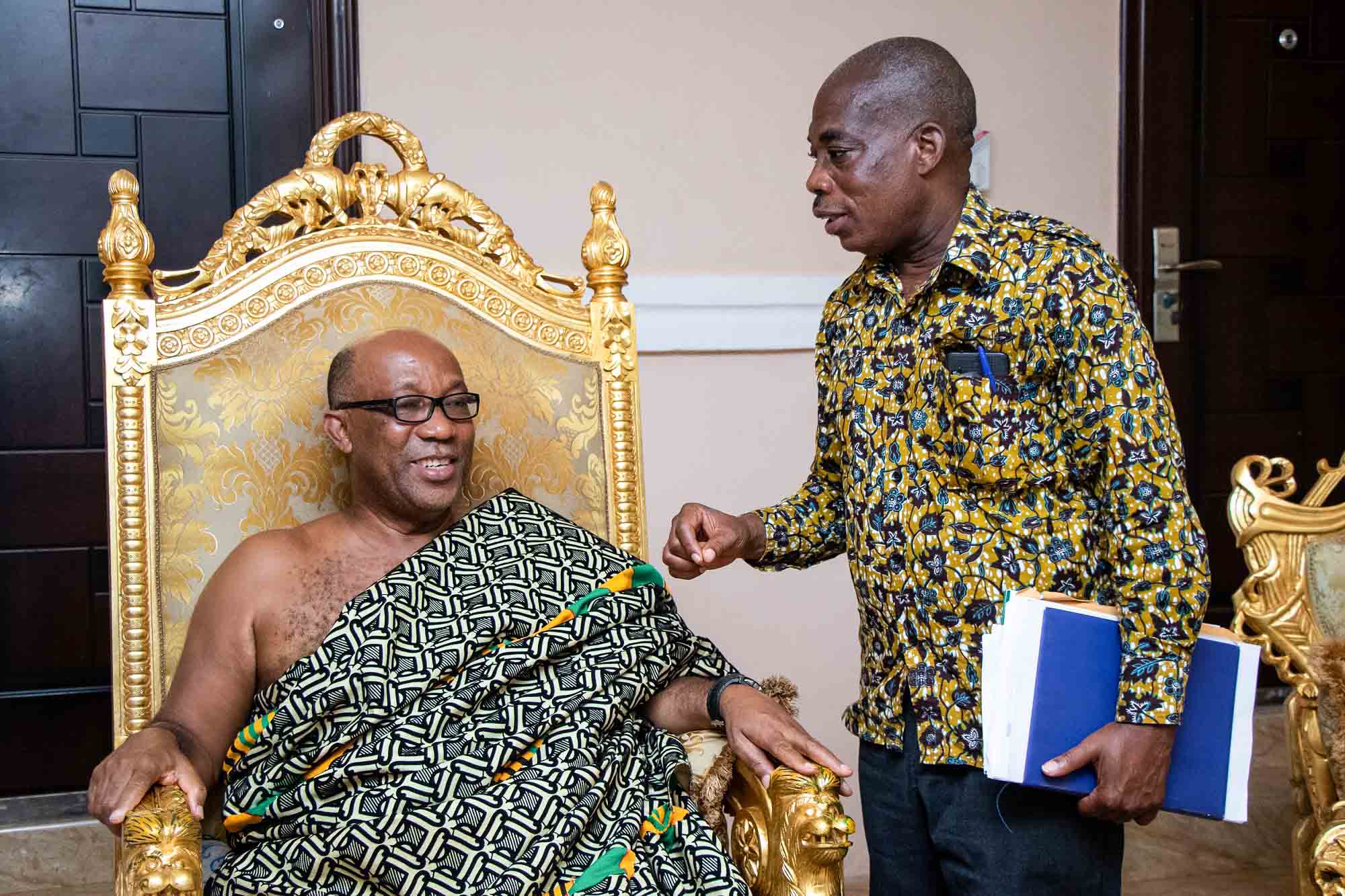 The Management of Akenten Appiah-Menka University of Skills Training and Entrepreneurial Development (AAMUSTED) has paid a courtesy call on the Atwimahene, Nana Antwi Agyei Brempong II, to show gratitude to him for the yeoman’s role he played towards the establishment of AAMUSTED and seek his counsel and blessings towards the success of the University.

The Atwimahene was very excited to welcome Prof. Sarfo and his team for the first time since the establishment of AAMUSTED in August 2020. He was optimistic that with its new status as a full-fledged autonomous university, AAMUSTED could develop faster and contribute meaningfully to the development of Ghana. He indicated his readiness to link the University up to partnerships with great returns and advised the Management to commit to hard work.

Prof. Sarfo had earlier rendered appreciation to Atwimahene on behalf of the Governing Council of the University. He explained that the Management had delayed visiting him (Atwimahene) partly because Management had hoped to resolve all transitional matters between AAMUSTED and University of Education Winneba (UEW) ahead of the visit to update him adequately on developments.

For instance, he said the University had already rolled out an annual training programme for basic-school mathematics teachers in the Kwadaso Municipality to improve the performance of pupils in the subject. He was hopeful the University would extend the programme to cover the Ashanti Region and, ultimately, the whole country.

He, therefore, called for a strong collaboration between the University and the Traditional Authority, appealing to the Atwimahene to help the University in matters relating to security, encroachment of University lands, and expansion of halls of residence on campus, and building of hostel facilities around the University to help students.