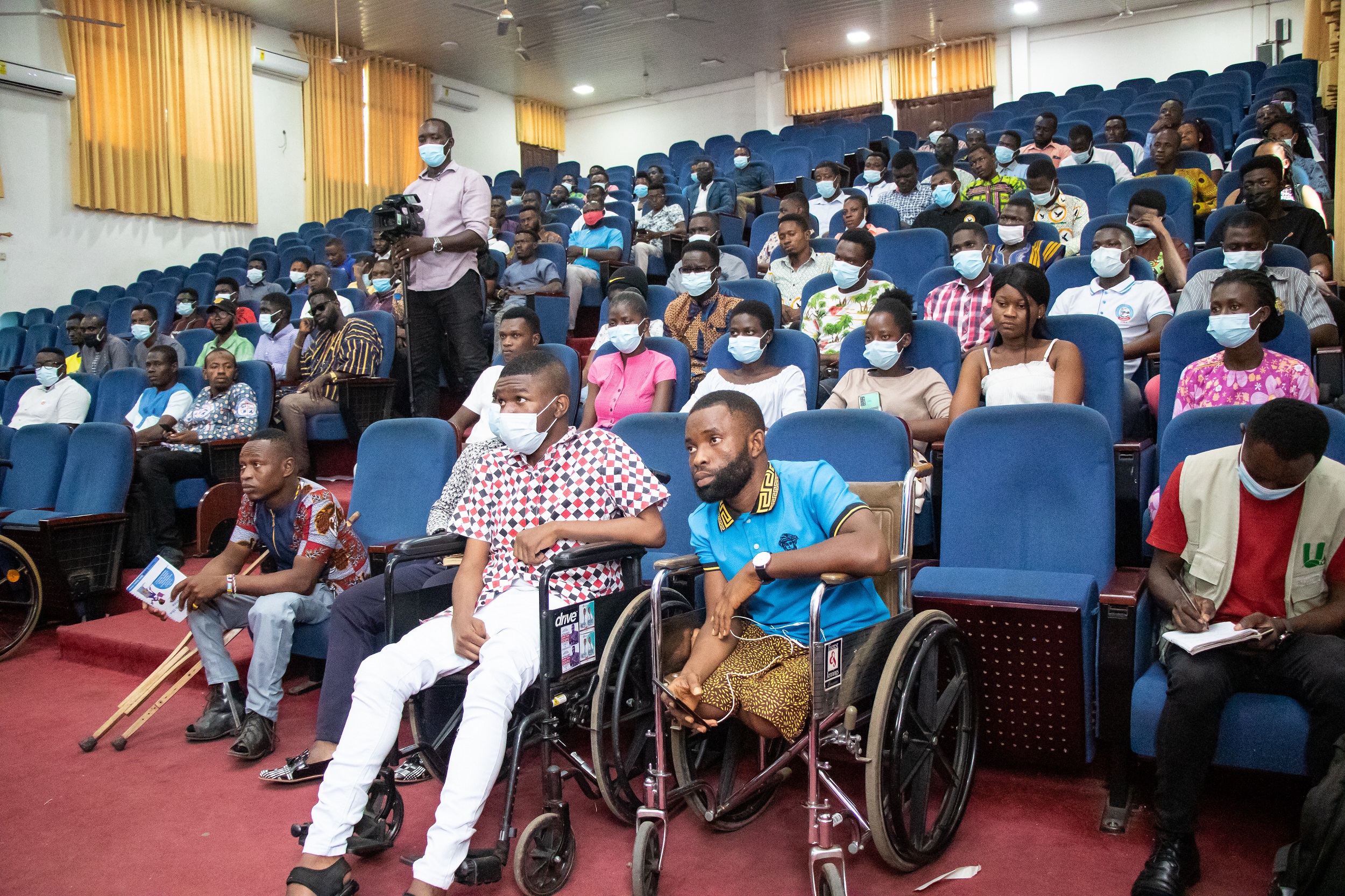 The Students Representative Council (SRC) of the Akenten Appiah-Menka University of Skills Training and Entrepreneurial Development (AAMUSTED) has instituted a special Fund to augment the University Management’s efforts toward supporting Persons with Disabilities (PWDs) in AAMUSTED.

The Fund dubbed AAMUSTED Special Needs Support Fund, would be used to provide financial support to PWDs in their education, provide training and entrepreneurship skills for the PWDs, and support advocacy for the rights, freedoms, and interests of PWDs in the University, among others.

The President of the AAMUSTED SRC, Mr. Richard Opoku, explained at the official launch of the Fund on July 17, 2021, that GHS2.00 of all dues paid by students and 30% of the gains made from the SRC Gym would be channeled into the Fund to sustain it. Moreover, he said the SRC is also making efforts to seek help from philanthropists to augment its provision into the Fund.

Mr. Opoku said the SRC’s motivation to establish the Fund sprang from a desire to provide a stream of continuous support to the PWDs to forestall the likelihood of being trapped in a cycle of poverty and dependence.

He said the AAMUSTED Management supports an all-inclusive education, especially in the case of PWDs. In that regard, he said the University, among other things, has been committed to improving physical infrastructures in the University to make them easily accessible to the PWDs.

Meanwhile, the Acting Registrar bemoaned the social and attitudinal problems that the PWDs often suffer. Therefore, he encouraged members of the University Community to endeavor to live with the PWDs, in a manner to engender a sense of belonging in them.

He said research had proven that acquaintance or maintaining close social distance with PWDs enhance the development of a favorable attitude toward physically challenged students.

The Vice Dean of Student Affairs at the Kumasi Campus of AAMUSTED, Dr. Philip Oti-Agyen, said society owes it a duty to reach out to the PWDs, and therefore, praised the SRC for the Fund.

He was happy that the current SRC Leadership had avoided spending so much on entertainment-related activities and concentrated resources on things that hold lasting value to the University and students.

“This Fund is the first of its kind in this University; it is a great and shining example worthy of emulation,” he said, encouraging the students to contribute cheerfully to the Fund.

He was hopeful that succeeding SRC Executives would work harder to improve the Fund for the good of the PWDs. According to him, his interaction with some of the nearly 50 PWDs at the Main

Campus of AAMUSTED and found out that a number of the PWDs were vulnerable and required all manner of support.

The Acting Registrar of AAMUSTED, Mr. Michael Kofi Adu, who did the official launching, described the SRC’s effort as noble, thoughtful, and significant. He assured the SRC of Management’s full support and advised them to put proper structures in place to guarantee the prudent running of the Fund.