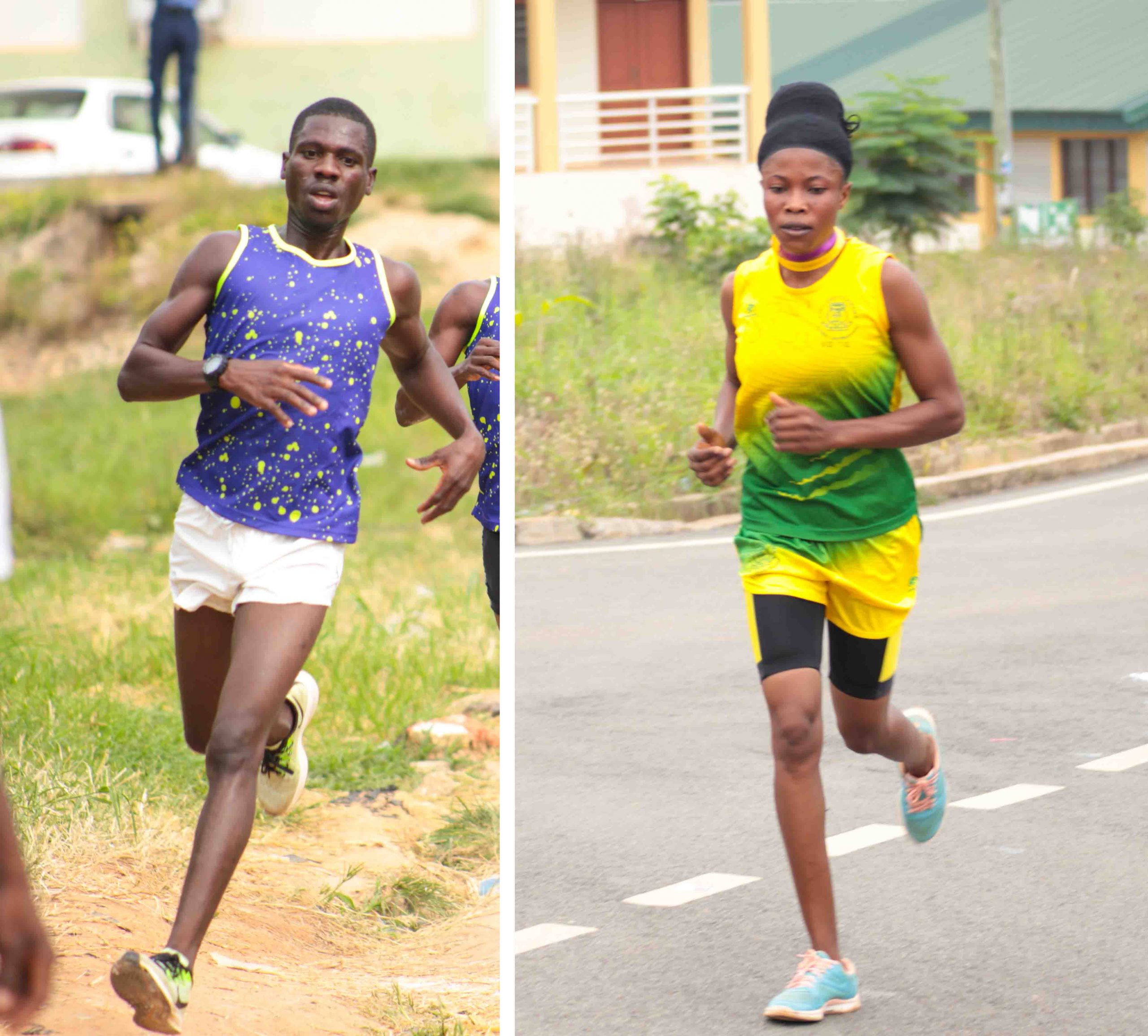 The Akenten Appiah-Menka University of Skills Training and Entrepreneurial Development (AAMUSTED) has begun intensive preparations toward its maiden appearance at the Ghana Universities Sports Association (GUSA) Cross-Country Competition scheduled for the University of Health and Allied Sciences (UHAS), Ho, Volta Region, on August 11, 2022.

The University would be seeking to haul in medals from the competition to announce its arrival at the big stage of university sports in the country, which is crucial for the University as it also prepares for the GUSA Games in November 2022.

AAMUSTED is highly confident of its chances at the competition, with its camp boosted by some previous serial performers like Mr. Noah Wumboriche and Miss. Sarah Owusu, who have already established themselves as powerhouses in the competition. They annexed very enviable positions at the 2018 and 2019 competitions, then as members of the University of Education Winneba (UEW) team because AAMUSTED had been part of UEW until it was made autonomous in August 2020. Sarah, for instance, was the bronze medalist at the 2018 UPSA competition.

Weeks after creating the enabling grounds and encouraging athletes in the University to train, the Amalgamated Sports Club of AAMUSTED organized an inter-hall cross-country competition at the main campus of AAMUSTED, Kumasi, on July 23, 2022, to select a formidable team for the next month’s GUSA competition.

Even showing signs of ailment, our man Noah put up his characteristic spirited performance to shrug off the keen challenge posed by other competitors, finishing first in the 10-kilometer race in 33: 32 minutes against his set target time of 30 minutes. He was followed closely by Isaac Boateng Takyi, who also finished the race at 33: 53 minutes, and John Atiah Junior at 35: 36 minutes. The rest of the 10-selected male representatives of AAMUSTED completed the race in a maximum time of 40: 10 minutes. For the female competition, Sara Owusu came first, followed in a distant second by Miriam Danso Kumi and third by Hawawu Ishaq.

The Coordinator of University Sports at AAMUSTED, Coach Julius Baba Apidogo, indicated unalloyed confidence in the team selected to wrest the gold medals for AAMUSTED at the competition. He said all the competitors showed admirable hunger for success and much commitment through their seriousness in the inter-hall competition. He was sure that with proper coaching and feeding as the team heads to residential camping from July 25, 2022, the athletes should improve their shape and compete for gold at the GUSA competition.

He highly commended the about 70 athletes who availed themselves to justify their inclusion in the AAMUSTED Team as he announced prize monies ranging from GHC500.00 to GHC130.00 for the best 10 in both male and female competitions, respectively. The Coach said AAMUSTED was doing its utmost to ensure the University’s athletes put up nothing short of a splendid performance in the competition.

The respective winners of the male and female competitions, Noah and Sarah, attributed their repeated successes at the event to hard work, serious training, and determination. Their target for the GUSA competition is finishing as medalists to bring glory to AAMUSTED. For Sarah, competitors from UDS, UCC, and UEW could pose the keenest challenge to her medal hopes, but she is upbeat about annexing one of the three medals up for grabs in the female competition. Noah is preparing to make the race under 30 minutes, while Sarah is targeting 35 minutes.

Mr. William Awunime Akuka, now Coach of the University of Ghana (UG) Team, holds the competition’s record time of 36 minutes, making that feat when GUSA cross-country was for a distance of 12 kilometers but now reduced to 10 kilometers for both male and female competitions.