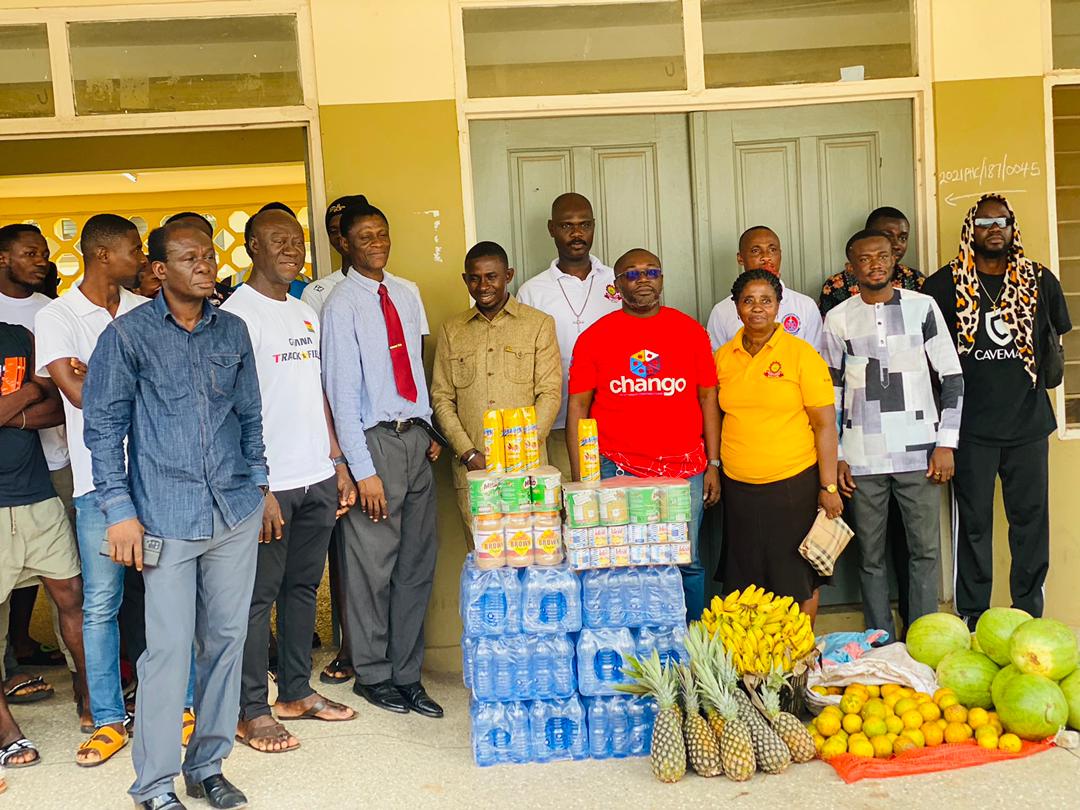 The Alumni Association of the Akenten Appiah-Menka University of Skills Training and Entrepreneurial Development (AAMUSTED) has visited the University’s sports teams’ camp to inspire them ahead of the 2022 Ghana Universities Sports Association (GUSA) Games. The Games will kick-start at the Kwame Nkrumah University of Science and Technology (KNUST) on November 4, 2022.

The Association further presented packs of bottled mineral water, beverages, assorted fruits, and some insect repellants to the teams with an assurance to mobilise more items for them in the course of the camping and during the games.

The Association President was particularly grateful to the students who had availed themselves to compete on behalf of the University and assured them that the Alumni Association would back them to the expected victories at the games.

He encouraged them to work hard to excel at the games, assuring them that their excellent performances would be a worthy contribution to the efforts to build a strong brand for AAMUSTED.

Receiving the donation for the teams, the Chairman of the Amalgamated Sports Club of AAMUSTED, Mr. Alfred Morrison, thanked the Alumni Association for the gesture, which he described as ‘unprecedented.’

He observed that the Alumni Association’s visit and the generous donation would boost the morale in the camp and spur the sportsmen and women to train harder to achieve greatness at the games.

He was thankful to the Management of the University for providing the needed support for the teams to prepare and participate in the games and invited staff and the entire students of AAMUSTED to rally behind the teams to annex laurels at the games.

The Coach of AAMUSTED, Mr. Baba Apidogo, expressed confidence in the teams to do well at the games, saying the general attitude in camp has been one of seriousness and a desire of the teams to accomplish something great for the University.

Also present at the brief ceremony was the Dean of Student Affairs, Dr. Philip Oti-Agyen. He thanked the Alumni Association for the donation and encouraged the teams to bring some trophies home from the games.

Over 150 sportsmen, women, and some officials would be representing AAMUSTED at the GUSA Games to compete in the various sporting events, including athletics, tennis, ping-pong, badminton, football, handball, volleyball, and hockey and games.

Although AAMUSTED is just over two years old, it announced itself on the big stage of University sports in Ghana during its debut at the keenly contested GUSA Cross Country Competition held at the University of Health and Allied Sciences (UHAS) in August 2022.