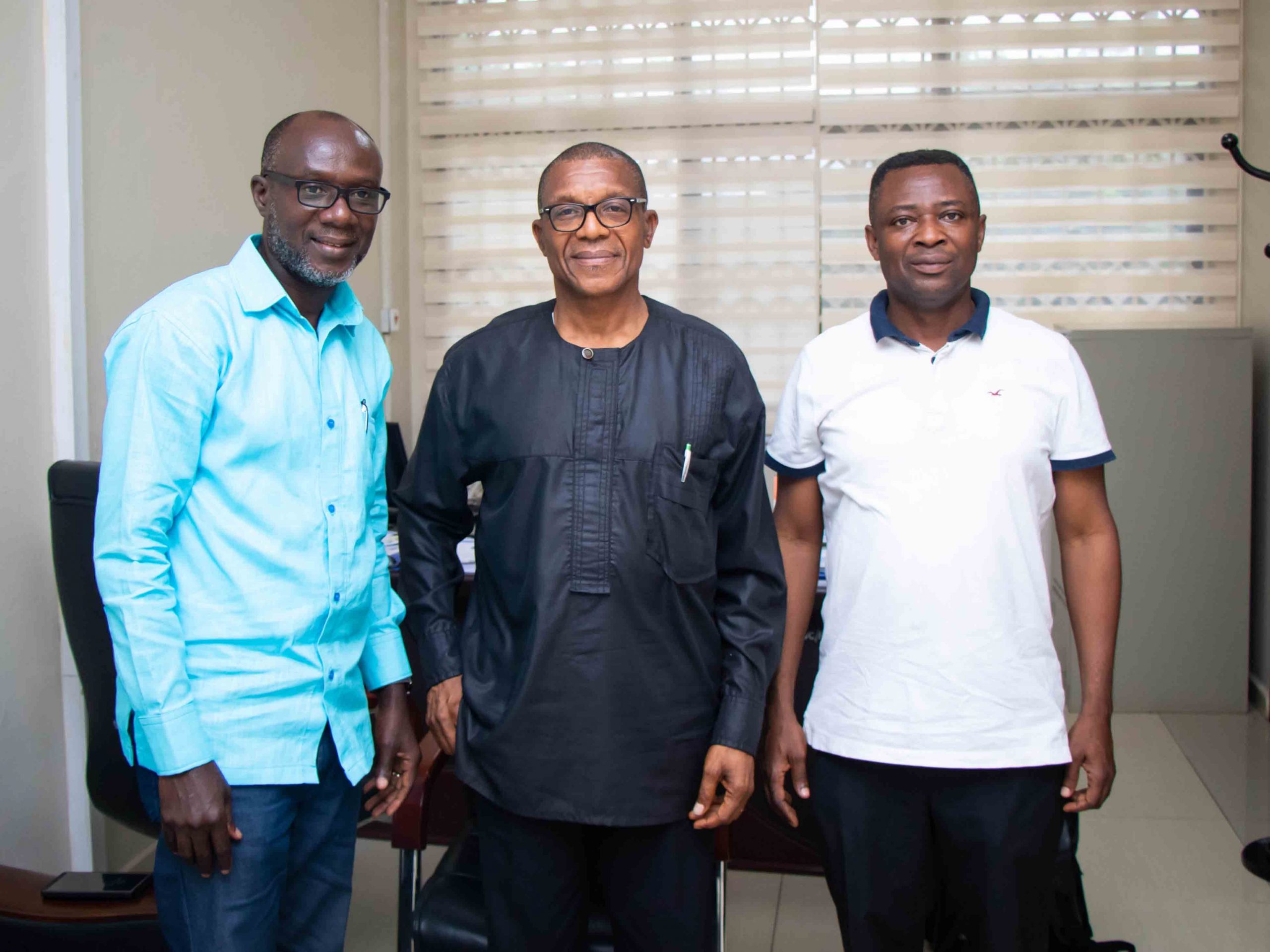 Prof. Edward Akoto, a Fulbright Scholar to the Faculty of Business Education (FBE), Akenten Appiah-Menka University of Skills Training and Entrepreneurial Development (AAMUSTED), has drawn plaudits from the Management, staff, and students of the University for his display of exceptional devotion to duty and significant contributions to the development of the Faculty during his 11-month scholarship there.

The United States of America (USA) government-sponsored-scholarship, spanning September 2021 to July 2022, saw Prof. Akoto teaching four (4) postgraduate business courses, organising seminars for academic staff, and supervising the dissertations of some students on Master of Philosophy in Business Management and Master of Business Administration (MBA) programmes. Some of those supervision works are still ongoing.

He also distinguished himself in service responsibilities like reviewing the new economics programme by the Faculty, documents on promotion and doctoral theses, as well as participating in various faculty and departmental meetings, where he made valuable contributions.

At a brief farewell meeting the University organised with Prof. Akoto on July 26, 2022, the Acting Pro Vice-Chancellor of AAMUSTED, Prof. James Kagya- Agyemang, heaped praises on Prof. Akoto for the significant contributions he made during his stay with the FBE. He said Prof Akoto’s good deeds and admirable relationship with especially the students were well-known in the University and hence suggested to him to consider returning for a full-time appointment at AAMUSTED to continue helping its development as a young University.

The Dean of the FBE, Prof. Isaac Boateng, also showered him with commendations when he got the opportunity at the meeting. “We will love it if you would join us permanently,” he said, recalling some of Prof. Akoto’s efforts, including his leadership of four (4) faculty staff to complete two papers, which have been accepted for presentation at a conference scheduled for Florida, USA, in October 2022, and introducing and assisting two academic staff and a student to present papers at the Global Awareness Society International Conference in Salamanca, Spain, in May 2022.

He also alluded to Prof. Akoto’s collaborative research efforts and stressed the immeasurable depths of appreciation that the FBE would forever have for those efforts. Prof. Boateng, thus, encouraged Prof. Akoto to continue collaborating with other academic staff wherever he might be to research pertinent subjects to help humanity.

For his part, Prof. Akoto, Associate Professor of Management from the Henderson State University in America, indicated how privileged he felt for the warm reception and cooperation he enjoyed from the University Management, FBE, and the students. He said he would consider the suggestion to return when the opportunity arises.

Some of the staff at the FBE also had various kind words to share about Prof. Akoto. One of them, Mr. Augustine Acheampong, a Senior Lecturer and protégé of Prof. Akoto, described him as a very humble and supportive person who always looked for opportunities and encouraged people to take advantage of them to make their lives better. Through Prof. Akoto’s instrumentality, he said, he had completed an academic paper that he would be presenting at a conference in the USA in October 2022.

Miss Patricia Owusu Ansah, a supervisee of Prof. Akoto said he was one of the best lecturers she had encountered in her academic life. According to Patricia, Prof. Akoto was approachable and available to help her with any challenges regarding her dissertation. “He will always have a nice way to break down the difficulties to manageable levels even though he never compromised the set standards,” she said and called on the management of AAMUSTED to do all they could to bring him back to the University.

Additional to his core mandates under the Fulbright Scholarship, Prof Akoto went out of his way to gather boxes of assorted modern business books to donate to the University on December 6, 2021. That was his contribution to strengthen the business programmes on offer at AAMUSTED.

The books, which covered areas such as Human Resource, Marketing, Accounting, Auditing, Finance, Organisational Behaviour, and Management, were his additional contribution to teaching and research especially in the Faculty of Business Education (FBE). That was the second time he donated business books to the University. The first time was on June 26, 2019, when he and Professor Rexford Abaidoo from the University of Maryland Eastern Shore worked together to donate to the University then College of Technology Education, Kumasi (COLTEK). Both were on a Carnegie African Diaspora Fellowship Programme to COLTEK at the time.

The Fulbright Programme is one of several United States Cultural Exchange Programmes aiming to improve intercultural relations, cultural diplomacy, and intercultural competence between the USA and other countries through the exchange of knowledge, skills, and persons. Via the programme, competitively-selected American citizens, including students, scholars, teachers, professionals, scientists, and artists, receive scholarships or grants to study, conduct research, teach, or exercise their talents abroad.

Citizens of other countries may qualify to do the same in the United States. The programme was founded by United States Senator J. William Fulbright in 1946 and is considered one of the most widely recognised and prestigious scholarships in the world. It provides approximately 8,000 grants annually – roughly 1,600 to U.S. students, 1,200 to U.S. scholars, 4,000 to foreign students, 900 to foreign visiting scholars, and several hundred to teachers and professionals.