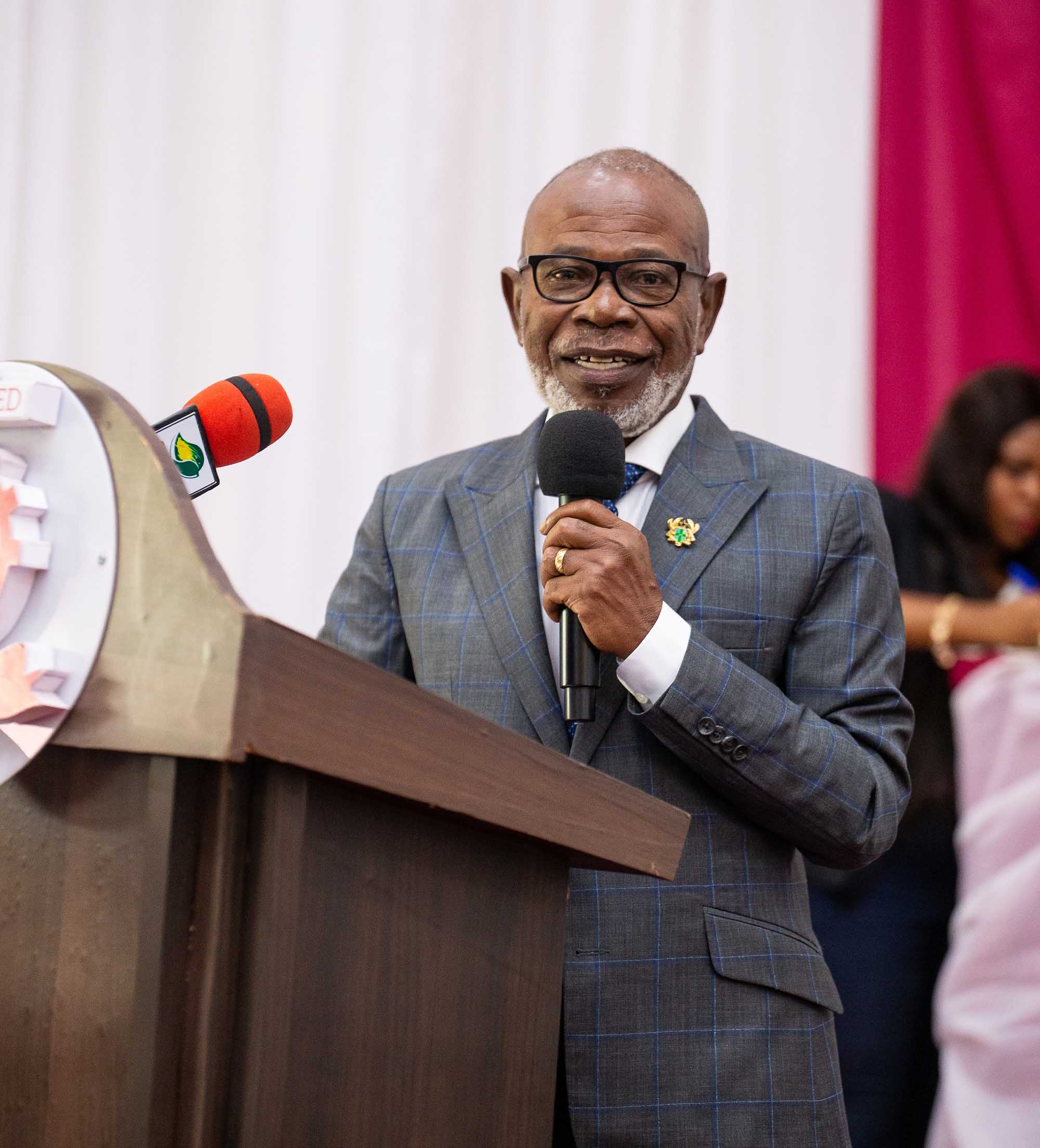 The former Ghana High Commissioner to the Republic of South Africa, His Excellency, Dr. George Ayisi Boateng, has appealed to alumni of the Akenten Appiah-Menka University of Skills Training and Entrepreneurial Development (AAMUSTED) to rally together and pool resources to support AAMUSTED to fulfill its mandates.

He further emphasized the critical role that the Alumni could play to expedite the development of AAMUSTED as he addressed the first AAMUSTED Alumni National Congress at the New Auditorium of the University on June 11, 2022.

He commended highly the hundreds of the Association Members who availed themselves at the Congress, describing the sacrifices to be there as a demonstration of how much they prioritised the University and its growth. Therefore, he urged them to take advantage of the Congress to share ideas and thoughts regarding the best way forward to make AAMUSTED a great institution.

He observed that the demand for vocational and entrepreneurial skills in the job market has been increasing for years. Therefore, he commended the government of Ghana for devoting much attention and resources to boosting the TVET and entrepreneurship sector of the country, noting the establishment of AAMUSTED as an important intervention by the government to further strengthen the TVET sector.

The Vice-Chancellor of AAMUSTED, Prof. Frederick Kwaku Sarfo, welcoming the members of the Association to the Congress, gave details about the current state of affairs on the Kumasi and Asante Mampong Campuses of the University.

He listed an Entrepreneurship Incubation Center, the extension of the Opoku Ware II Hall of Residence, construction of a slaughter house, several classroom buildings, and others still on the drawing board as projects currently ongoing in the University with internally-generated funds.

Nonetheless, he said the University requires extra efforts to improve or build enough lecture halls and theatres, halls of residence, well-resourced workshops, laboratories, and other vital installations and facilities to befit a modern-day TVET and Entrepreneurship university. In that regard, he appealed to the alumni to commit itself to sourcing support for the development of their alma mater.

As part of his speech, the Vice-Chancellor devoted time for giving the brief history of AAMUSTED, tracing to the 1960s, the current state of the University, mandates, etc.

The first National Executives of the Association, were elected to climax the Congress held under the theme – ‘Realising the Mission and Vision of AAMUSTED – the Role of the Alumni.’

Per article three (3) of the Association’s Constitution, all Postgraduate, Graduate, Diploma, and Certificate holders, who completed academic programmes at the University (including KATTC, UCEW-K, UCEW-M, COLTEK, CAGRIC, AAMUSTED, and affiliate institutions, as listed and recognised by the University), are eligible to join as members.