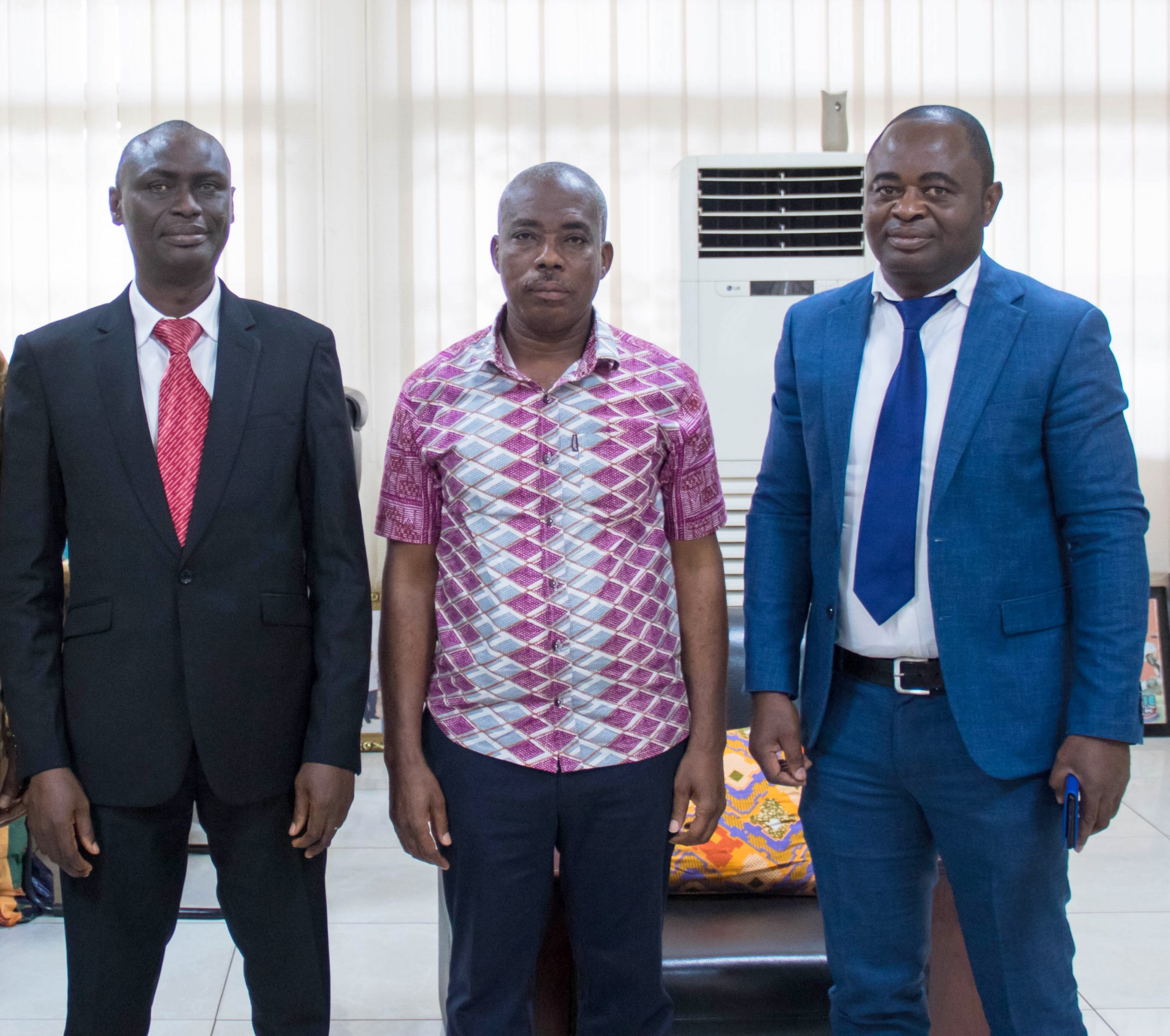 Welcoming them, the Vice-Chancellor of the University, Prof. Frederick Kwaku Sarfo, had a simple message – ‘make a difference to justify your inclusion.’

He reminded them of the thorough processes they went through to be appointed ahead of the many other applicants for the two positions. ‘This assures us you have what it takes to do the work. Now the ball is in your court; show yourselves approved to complement the gamut of efforts underway to develop AAMUSTED,’ he charged them.

He indicated his confidence in their abilities to make good on both positions, referring to their rich experiences in university administration as something that could come in handy for them. He quickly reminded them, however, that the AAMUSTED context might differ and, therefore, they would need to study the new terrain and adapt rapidly to ensure their success.

The VC reminded the Registrar and the Director of Finance that AAMUSTED is a new university and so virtues like hard work and innovativeness are required from its staff to build a firm foundation for its growth and development.

‘Therefore, you would be making a mistake if you suddenly want to weigh us on the same scales as KNUST, University of Ghana, Legon, and the likes who have been around for decades,’ he said, assuring that with the efforts of all stakeholders, AAMUSTED would reach the top eventually.

According to the VC, the University Management’s initial focus has been to build the AAMUSTED brand, conduct a needs assessment to inform the effective operations of the University, including the kind of programmes to be taught to satisfy the expectations of industry.

As leaders worth their salt, he said they needed to be fair-minded, humble, and patient, especially with students to be successful. ‘You need to be smart enough to realise that your positions could be slippery, therefore, resist the temptation to pander to likely tendencies of some staff, who may seek to win your favour by destroying others to you. Let’s work together as a team,’ he added.

Dr. Boakye thanked the Vice-Chancellor and the few Management members present for the warm welcome and assured them that he and the Registrar would do their utmost, amid the constraints to propel AAMUSTED to higher heights.

The new appointees took over from Mr. Michael Kofi Adu and Mr. Geoffrey Mensah, who held the two offices (Registrar and Director of Finance) respectively in acting capacities since the establishment of AAMUSTED in August 2020.